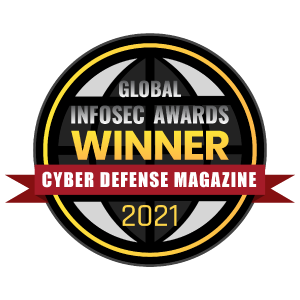 The awards jury consisted of certified security professionals from the DHS (U.S. Department of Homeland Security), CISSP (Certified Information Systems Security Professionals), and CEH (Certified Ethical Hackers), who voted based on their independent review of the nominations.

“We scoured the globe looking for cybersecurity innovators that could make a huge difference and potentially help turn the tide against the exponential growth in cybercrime. Webscale is absolutely worthy of the Editor’s Choice in SaaS/Cloud Security Award and consideration for deployment in your environment,” said Gary S. Miliefsky, Publisher of Cyber Defense Magazine.

“We’re thrilled to receive this highly contested cybersecurity award recommended by leading infosec experts around the globe” said Sonal Puri, CEO of Webscale. “Webscale is the only multi-cloud SaaS integrating the needs of modern commerce applications with cloud automation, and true 360-degree security at the origin and the edge. This win represents our continued investment in innovation, defined by the evolving needs of our loyal customers worldwide.”

The award winners were honored at the virtual RSA Conference 2021 on May 17.