SANTA CLARA, CA – June 23, 2021 – Webscale, the Cloud Platform for Modern Commerce, announced today that The Globee® Awards, organizers of world’s premier business awards programs and business ranking lists, has named its Founder and CTO James Smith, a Gold winner in the Chief Technology Officer of the Year – IT Cloud/SaaS category at the 16th Annual 2021 IT World Awards®. 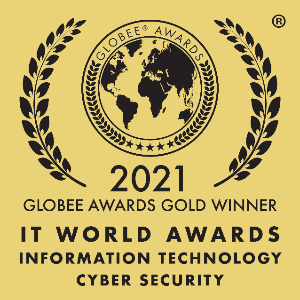 “We are delighted to see James’ revolutionary work in the field of ecommerce security being recognized globally by the Globee Awards jury,” said Sonal Puri, CEO of Webscale. “James’ vision and expertise have been the driving force behind Webscale’s product innovations, through which we have been able to solve many of the ecommerce segment’s challenges around security, availability and performance.”

More than 65 judges from around the world, representing a wide spectrum of industry experts, participated in the judging process. The IT World Awards are open to all Information Technology and Cyber Security organizations around the world.

“I am honored to receive this award from Globee on behalf of our stellar product and engineering teams,” said James Smith, Founder and CTO of Webscale. “This recognition further validates that customer focus, and a relentless drive to make modern commerce safe for both merchants and customers, is what will continue to drive Webscale’s growth for years to come.”

About the Globee Awards