Is Your Ecommerce Store Ready for Cyber Week 2022?

Everyone has a view on what this year’s Black Friday/Cyber Monday will look like. Though more and more consumers have shopped early in the past few years due to inventory and supply chain issues, the main motivating factor driving early purchases this year will be inflation. At 8.5%, inflation in America is the highest it’s been in more than 40 years, and recent research by Salesforce says 42% more shoppers worldwide and 37% more in the U.S. plan to start buying gifts earlier before prices rise even further.

Cyber Week demand has also been spilling out into early November and late December mostly due to the rise in buy-online-pickup-in-store (BOPIS). Prepare your site to handle early and late demand but how do you ensure readiness? Ecommerce merchants have to understand how their web applications handle sudden surges in traffic. It’s a well-known process called Application Load Testing, and at Webscale we call it “preparing for the best.”

According to Kissmetrics, “47% of consumers expect websites to load in two seconds or less and 40% will abandon a page that takes three or more seconds.” While the Webscale platform provides predictive auto-scaling, there are numerous architecture and code dependencies that impact a site’s ability to scale under significant load. Merchants must understand how their application will perform, ahead of time.

Thoroughly evaluating your site’s functionality after a new code release and performance at high demand ensures that any critical issues, especially around availability and scalability, are ruled out.

It is highly advisable for merchants to perform the above tests before peak traffic shopping events. However, building a culture of application testing, wherein it becomes an integral component of your daily CI/CD process is the Holy Grail of sustained ecommerce success.

The Webscale CloudEDGE Application Testing Service is run as a synthetic test across any staging or cloned production site, hosted in any cloud provider, or in any on-premise data center. It simulates end user patterns and shopping behavior on the application, at a higher scale, while measuring its behavior, responsiveness and overall performance.

Merchants can seamlessly scale testing to thousands of requests per second, and evaluate performance under load to ensure optimum customer experience at all times. To ensure your storefront can not only handle a surge in traffic but also continue to process large volumes of simultaneous checkouts, Webscale can also carry out the test on your shopping cart. Results including the traffic logs are made available through the Webscale Portal, so you can initiate infrastructure changes in real-time.

Is Webscale CloudEDGE Application Testing only for existing Webscale customers?

Not at all. You don’t need to be a customer on the Webscale platform to take advantage of this service – you don’t even need to be in the cloud!

So if you’re planning to make the last quarter of the year count and you don’t want traffic to upset your plans, reach out to us at info@webscale.com and we’ll set up a short call to discuss. 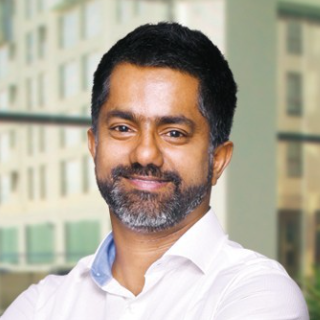 Jose would have been a civil rights lawyer if he wasn’t in IT marketing – he even got into law school! He loves the cold climate of hill stations and the long drive that takes him there. Once there, he would read or stream; not one for the outdoor.
← Next Post Previous Post →