How Online Retailers Fared in Performance & Security During Holiday 2019

This article was originally published in Digital Commerce 360 on Feb 17, 2020.

The Cyber Weekend in 2019 was, undoubtedly, the biggest one ever in U.S. ecommerce history, with online shopping spend increasing to over $9.4 billion on Cyber Monday and more than $7.4 billion on Black Friday, an increase of almost 20% compared to 2018. But was it “better”? The answer depends on who you ask.

Costco and Nordstrom Rack had severe site availability issues as they could not keep up with the onslaught of shoppers during Thanksgiving and Cyber Weekend. 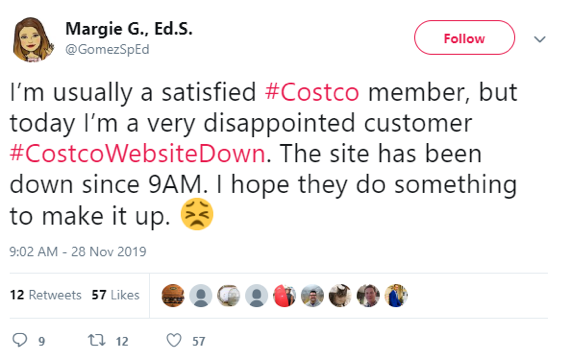 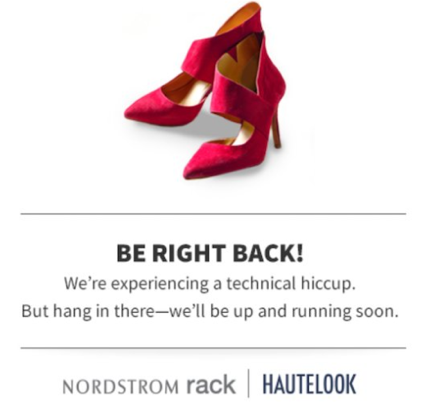 According to Business Insider, the Costco site was down for a minimum of 16 hours, leading to losses amounting to $11 million. “What it tells us, we could have done better than that. So we did leave something on the table there,” said Costco’s CEO Richard Galanti.

Online shoppers expressed their disappointment on social media at not being able to shop or complete their orders.

The State of Ecommerce Infrastructure 2019

Webscale conducted a pre-holiday survey in the latter half of 2019 to understand the expectations and insecurities among online merchants, with respect to the holiday shopping season. We followed this up by sending out our State of E-Commerce Infrastructure survey, after Cyber Monday.

The main objective of these surveys was to analyze how ecommerce businesses planned for and fared during the busiest time of the year, in terms of revenues, growth, page load speeds, downtime, and cybersecurity. The survey also investigated how ecommerce professionals felt about their current hosting environments, top issues they face, and infrastructure solutions they would like to invest in. Here are some of the top insights we discovered from over 450 merchants that responded:

More than 29% of online merchants generate almost 50% of their annual revenue during the fourth quarter (Oct 1–Dec 31). The contribution is more than 50% for 7.3% of merchants.

While only 34.9% of online merchants expected more than 2X their average monthly site traffic this holiday season, 41.8% actually ended up at 2X or higher traffic. 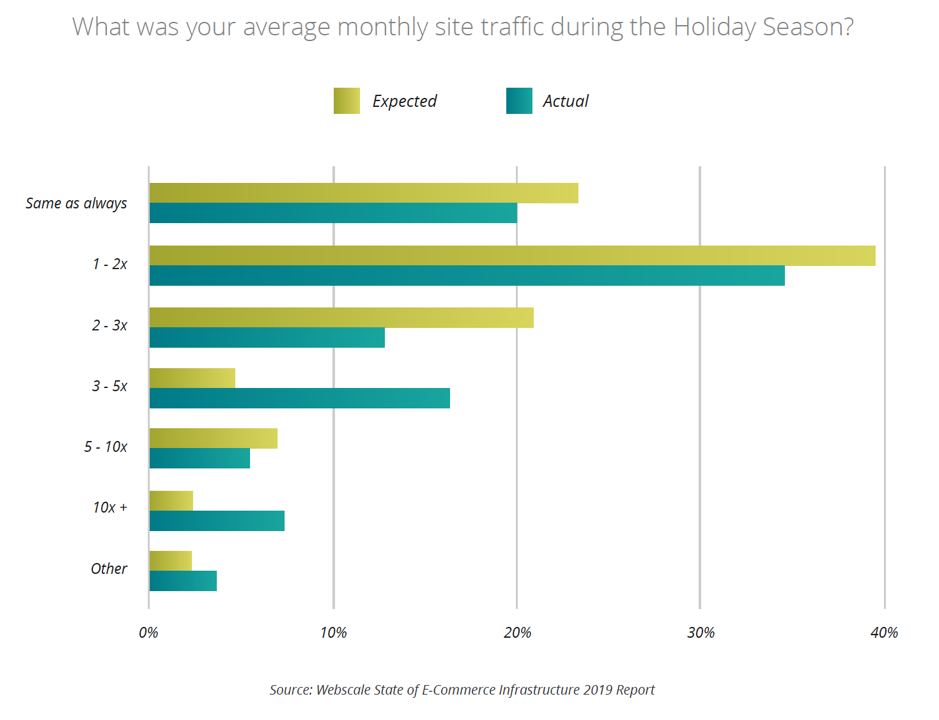 24.3% of merchants experienced downtime in excess of 5 minutes (as compared to 23.9% in 2018) on Black Friday/Cyber Monday 2019, while 6.6% of storefronts crashed for more than 30 minutes (as against 5.5% in 2018). In our pre-holiday survey though, only 18.6% of merchants claimed that they were worried about impending downtime during the holiday season. 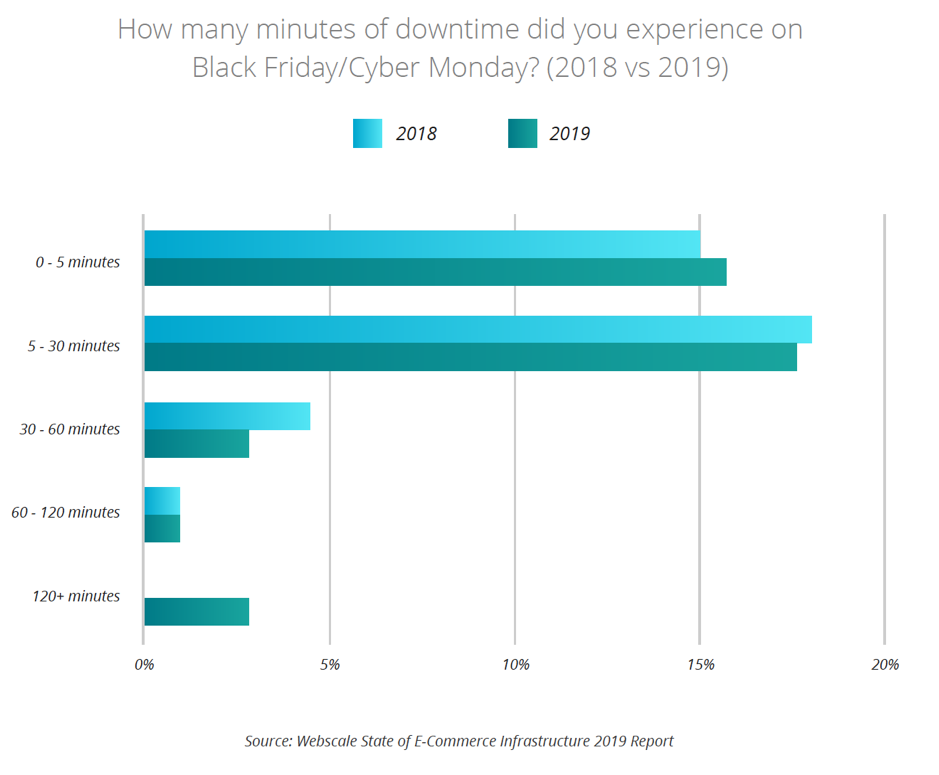 According to our pre-holiday survey, 42% of online merchants were concerned about cybersecurity-related incidents ranging from DDoS [distributed denial of service] attacks to credit card theft attempts. Last year, 21% of merchants admitted to experiencing these during the Cyber Weekend. This year, the number increased to 32.6%, a significant percentage of the hundreds of thousands of ecommerce websites operating globally. 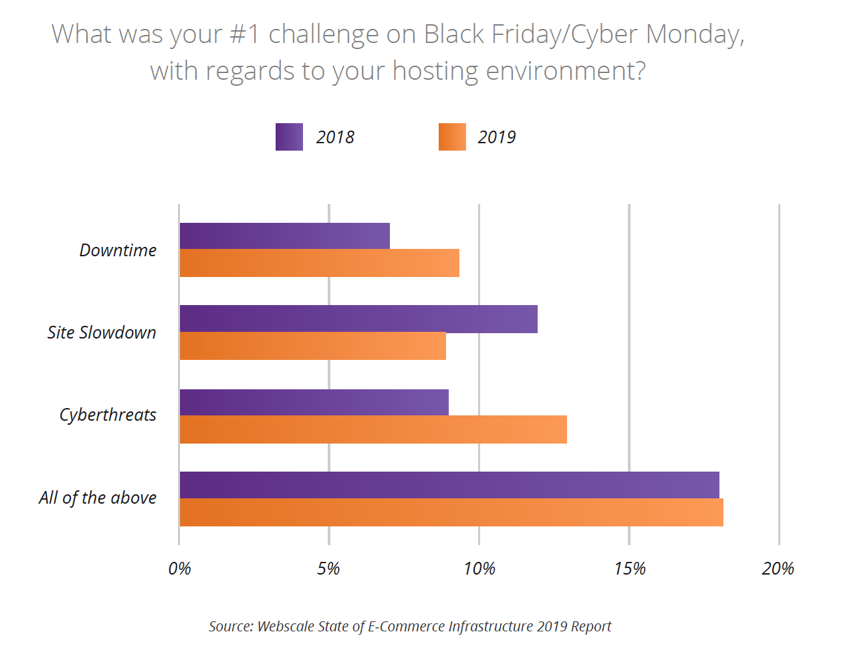 While it’s clear that the holiday season is the most lucrative time of the year for ecommerce merchants, most of them continue to underestimate their incoming site traffic during this time and are just not equipped to cope with the demand surge. While merchants have made considerable improvements  this year in terms of their site performance infrastructure, downtime and cyberthreats continued to plague them during the 2019 holiday season, even more so than in 2018.

Ecommerce professionals are also finding it difficult to manage the hosting infrastructure themselves, or are working with managed service providers that lack adequate cloud expertise to deliver superior digital experiences.

If this isn’t a wake-up call, we don’t know what is!

So was the holiday shopping season of 2019 truly better than the one in 2018? If you look at the revenue numbers, absolutely, but given the issues businesses faced keeping their online storefronts available, fast, and secure, it could’ve been bigger!

For more details and insights, you can download the complete State of E-Commerce Infrastructure 2019 report here.